You can’t escape your past and you can’t change who you are.

I get so fed up of women blaming men for the way that the world is when it is clear and obvious it is women who have created so much of all the shit in the world that we live. Yes, children and women are tend to be the biggest victims but they are the victims mainly of other women. Women who prioritise their children above other women’s children. Women who want to protect, support and do anything possible to let their children succeed and thrive and women who hate their children (or the father of the child and use the child to hurt the father) because they were forced upon them.

Marriage is a means of forcing (unloved children) into the world as much as rape. Rape is a word that is much bandied. My interpretation of the word is unequivocal and many find it extreme. My use of the word is based upon my experiences and talking to lots of women most of whom are so bought into the Patriarchy that they are not even aware of what they say. Any time a woman is not willingly and fully engaged in any part of a sexual intercourse with a man, rape is and has occurred. Rape is an act of dehumanisation, domination, subjugation, a power display not necessarily accompanied by (the threat of) physical violence.

How many male murderers or brutalizers of children have been aided and abetted by women companions. How are those women treated by other women after the events? I have often wondered how they were treated by them before.

Who screams loudest in America against atheists, who screams loudest against abortion, who ensures that supremacist groups thrive? Who decides where the children go to school? Who stay with abusers, bring up their children in toxic atmosphere’s rather than give up property to which they feel an entitlement or (believe they can) support themselves? Who condemn and compete with, scorn and despise the ‘wrong’ clothes, address, make up, body shape, hair style or colour? Who label girls sluts?

Why are we not allowed to discuss/problematize the high levels of physical abuse in lesbian relationships?

My mother thinks she loves me. At least she says she does. As long as I promise not to discuss the past, do as I’m told, accept material things and money as a valid form of love instead of loyalty, protection, caring, respect or being listened to. My mother has competed with me, insulted me, denigrated me, lied to me, tried to sleep with my boyfriend, stolen my friends, insulted my lover, abused my child. She does things, will accommodate, be flexible for strangers that she has never done or would do for me.

I grew up learning I was worthless, unlovable, ugly, nasty, demanding, unwanted. My mother taught my sister to make fun of me and they have convinced themselves that this is caring. I do not remember receiving a compliment from my family until I was in my 20’s. Looking back at pictures of myself I was not fat. But they called me fat continually – because my sister was very thin? Rather than addressing the clear message my sister’s thinness (in a family like ours) gave. My mother and grandmother called me a sack of frogs, a bag of potatoes as the kindest description and told me constantly I needed to diet. Now they deny being anything other than supportive. They claim to have tried to ameliorate my feelings of inadequacy and deny ever saying anything that led me to want to diet or lose weight.

I do not blame my family for me being fat, I kept eating. Food was the only comfort in my life. I do

I blame because you cannot hold someone responsible who denies all responsibility. However I hold myself responsible for doing whatever is necessary to break these, patterns. I need to listen to my child and acknowledge her resentment, feelings of inadequacy, of feeling unloved and unlovable, needing extra layers of protection and own my responsibility for her feeling these same emotions I feel and felt. I blame myself for not learning quickly enough. I accept blame for not listening to all the people who told me I wanted a child for the wrong reasons.

Through looking at myself, my daughter, my mother, my sister, my women friends it is clear women need to change to make this world a better place not men primarily or predominantly. Men do what their women (friends, wives, colleagues), sisters, mothers wish, tell or allow them to.

I do not blame men for the glass ceiling, Patriarchy, exclusion. I do blame then for consistently subscribing to violence as a means to move forward or solve issues or impress/intimidate women.

However the onus for changing the world is with women. It will be a huge battle because there seem to me to be way more misogynistic women than ever before. e.g. How many women would be (or are) happy to find themselves in an environment where there were (or are) no other women?

The clearest example of the need to work on the relationships that women have with each other and how they behave towards other women is the subject, occurrence and attitude towards rape.

Rape is the only crime where the victim is both blamed and treated like the suspect, where being drunk is somehow a reasonable excuse for the perpetrator, where many people believe the victim enjoys the crime, where what the victim is wearing is seen as making them responsible for the crime, where the victim has to prove it happened at the same time as proving the accused did it. In some places three forms of corroboration are required all of which deny the range of possibilities a person who is raped experiences; proof of force, proof of penetration and a witness!

The only person responsible for rape is the rapist (there are fewer women rapists than psychopaths). Women do not in general lie about sexual assault if anything women increasingly accept sexual assault as ‘normal’ sex and in less than 15% of cases actually tell anyONE (within a time range where it would be possible to take action) about infringements.

It is women who ensure that other women are not believed and that men are not punished for the act of rape. Which is probably one one of the singly most powerful determinants to the continuation of war and the Patriarchy. 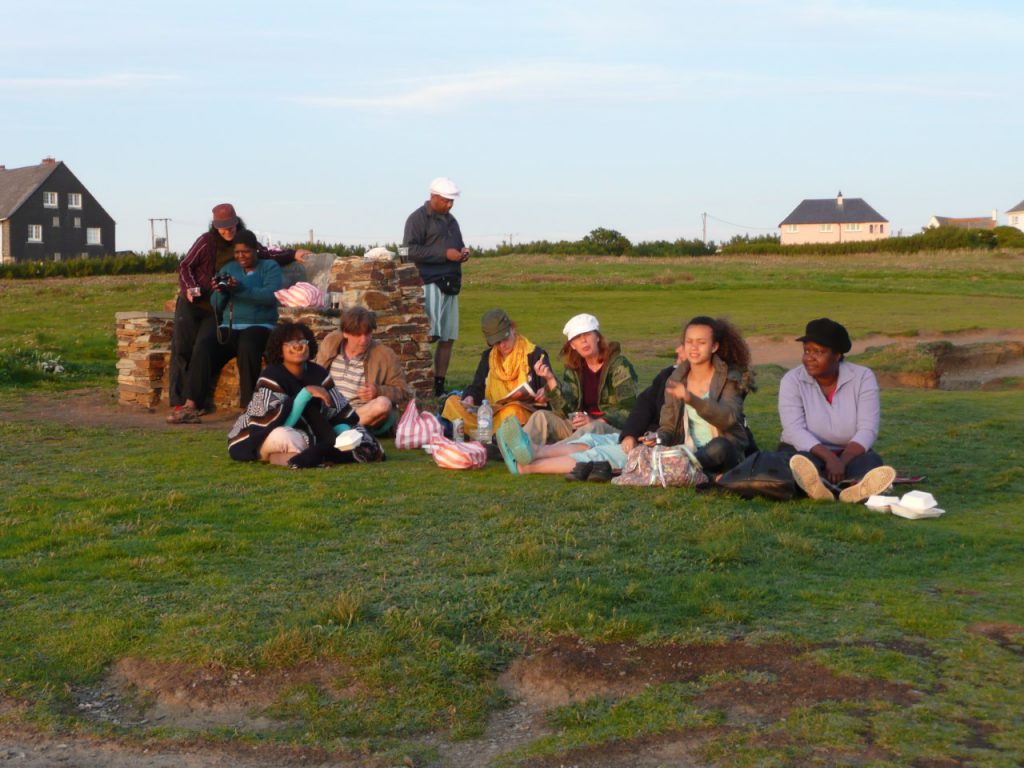